Once your booking has been completed, we will notify you via email of your confirmation. 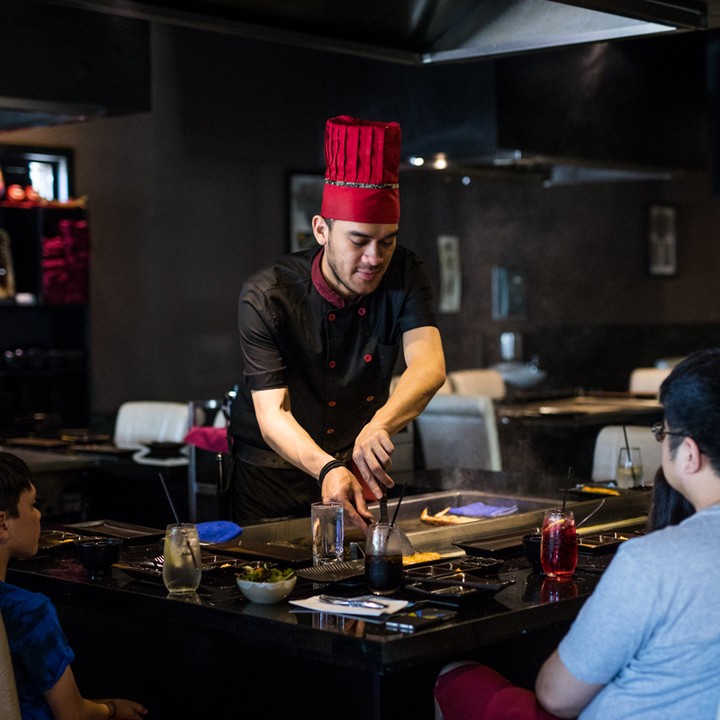 A couple of decades ago, one group of young chefs introduced the concept of the Teppanyaki and brought the very first restaurant of such cuisine to Melbourne.

Some remained and developed well know and prestigious Teppanyaki restaurant in the city, other were spread all over the world to explore in the culinary field of Japanese cuisine and advance their skills wherever possible.

Decades later, the returnee of ex-young chefs reunited in Burwood and decided to start their FURUKU-TE, ATARSHII (old and new) concept of Teppanyaki.